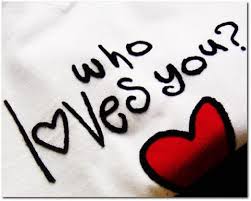 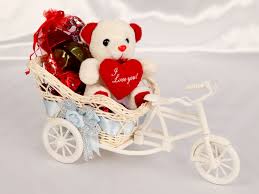 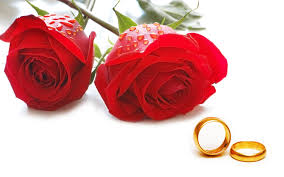 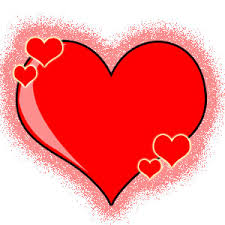 “And if I go and prepare a place for you, I will come back and take you to be with me that you also may be where I am.” John 14:3

Hey, for you guys out there who have forgotten, it’s Valentine’s Day! Hopefully you still have time to pick up something special for the love of your life. (And you don’t even have to tell her that I reminded you!)

The love of my life, of course, is my wife, Martie. I remember so clearly the summer before our senior year of college when I finally summoned up the nerve to ask her to marry me. We had been dating for a couple of years and ended up working in different states over the summer. I spent the summer working at home in New Jersey, and she was up in the Adirondack Mountains serving at a Christian conference center. That struck a little panic in my soul. She would not only be away from me, but she would be surrounded by tanned lifeguards and well-abbed water-ski instructors! I knew in order to seal the deal I would need to take some action.

I pulled together the cash to buy her an engagement ring and climbed into my little Volkswagen to trek up to the conference grounds. The whole way there I was a mixture of nerves and excitement, anticipating the moment that I would pop the question! When I arrived at the conference, however, I discovered that our college president was there as the featured speaker. And, in an act of goodwill, he decided to take all of us students out for pie and ice cream after the evening session. Normally, I would have been delighted to be out for dessert with our college president. But that evening all I could think of was, “I can’t wait to get her out of here!” I had bigger plans and a better agenda for the evening. I wasn’t interested in snacks—I wanted to get Martie out of there so I could propose and spend the rest of my life with her!

Recently, as I was reading John 14:3, it struck me—Jesus can’t wait to get us out of here so He can spend eternity with us. In fact, one of the key metaphors used to describe His relationship with the church is the picture of a groom waiting for his bride. With that in mind, you can almost feel the sense of urgency and anticipation in His voice when He assures us: “I will come back and take you to be with me that you also may be where I am.”

The timing of Christ’s return, while unknown to us, is perfectly on schedule with God’s sovereign plan. Why would God wait if He really wants to be with us? He waits to allow additional people to hear the life-transforming message of forgiveness and new life in Jesus (2 Peter 3:9). And yet I can’t help but think that Jesus, longing to be reunited with you, says to Himself, “I can’t wait to get them out of there!” His agenda is far greater, far more thrilling, and infinitely better than whatever we have planned on this earth.

If Martie had known what was coming that evening, it would have made her just as anxious and excited as I was to get out of there. It would have affected her whole perspective. And here’s the amazing thing: When it comes to Christ’s return for us, we’re in on the secret! We don’t know the time, but we know the promise—He’s coming back, and He can’t wait! The thrill of the prospect of it all should transform the way we live each day. There should be a sense of holy discontent and a constant longing for what we have ahead of us.

I can hardly wait. How about you?

Streams IN The Desert

Rejoice in the Lord always. I will say it again: Rejoice! (Philippians 4:4).

It is a good thing to “rejoice in the Lord.” Perhaps you have tried it but seemed to fail at first. Don’t give it a second thought, and forge ahead. Even when you cannot feel any joy, there is no spring in your step, nor any comfort or encouragement in your life, continue to rejoice and “consider it pure joy” (James 1:2). “Whenever you face trials of many kinds” (James 1:2), regard it as joy, delight in it, and God will reward your faith. Do you believe that your heavenly Father will let you carry the banner of His victory and joy to the very front of the battle, only to calmly withdraw to see you captured or beaten back by the enemy? NEVER! His Holy Spirit will sustain you in your bold advance and fill your heart with gladness and praise. You will find that your heart is exhilarated and refreshed by the fullness within.

The weakest saint may Satan rout,
Who meets him with a praiseful shout.

Be filled with the Spirit… Sing and make music in your heart to the Lord.
–Ephesians 5:18-19

In these verses, the apostle Paul urges us to use singing as inspiration in our spiritual life. He warns his readers to seek motivation not through the body but through the spirit, not by stimulating the flesh but by exalting the soul.

Sometimes a light surprises
The Christian while he sings.

Let us sing even when we do not feel like it, for in this way we give wings to heavy feet and turn weariness into strength.
–John Henry Jowett

About midnight Paul and Silas were praying and signing hymns to God, and the other prisoners were listening to them.
–Acts 16:25

O Paul, what a wonderful example you are to us! You gloried in the fact that you “bear on [your] body the marks of Jesus” (Gal. 6:17). You bore the marks from nearly being stoned to death, from three times being “beaten with rods” (2 Cor. 11:25), from receiving 195 lashes from the Jews, and from being bloodily beaten in the Philippian jail. Surely the grace that enabled you to sing praises while enduring such suffering is sufficient for us.
–J. Roach

Oh, let us rejoice in the Lord, evermore,
When darts of the Tempter are flying,
For Satan still dreads, as he oft did before,
Our singing much more than our crying.

Ram received an automobile from his brother as Birthday present.

One day when Ram came out of his office, he saw a street urchin was walking around the shiny new car, admiring it.

Ram nodded, “My brother presented me on my birthday.”

The boy was astounded. “You mean your brother gave it to you and it didn’t cost you nothing? Boy, I wish…” – He hesitated.

Ram looked at the boy in astonishment, and then impulsively he added, “Would you like to take a ride in my automobile?”

After a short ride, the boy turned and with his eyes aglow, said, “Would you mind driving in front of my house?”

Ram smiled a little. He thought he knew what the lad wanted. He wanted to show his neighbors that he could ride home in a big automobile.

But Ram was wrong again.

“Will you stop where those two steps are?” The boy asked. He ran up the steps. Then in a little while Ram heard him coming back, but he was not coming fast. He was carrying his little crippled brother. He sat him down on the bottom step, then sort of squeezed up against him and pointed to the car.

“There he is, brother. Like I told you upstairs, his brother gave it to him and it didn’t cost him a penny. Some day I’m going to give you one just like it then you can see for yourself all the pretty things in the shop windows that I’ve been trying to tell you about.”

Ram got out and lifted the crippled boy to the front seat of his car. The shining-eyed older brother climbed in beside him and the three of them began a memorable ride.

Father was a hardworking man who delivered bread as a living to support his wife and three children. He spent all his evenings after work attending classes, hoping to improve himself so that he could one day find a better paying job. Except for Sundays, Father hardly ate a meal together with his family. He worked and studied very hard because he wanted to provide his family with the best money could buy.

The day came when the examination results were announced. To his joy, Father passed, and with distinctions too! Soon after, he was offered a good job as a senior supervisor which paid handsomely.

Like a dream come true, Father could now afford to provide his family with life’s little luxuries like nice clothing, fine food and vacation abroad.

However, the family still did not get to see father for most of the week. He continued to work very hard, hoping to be promoted to the position of manager. In fact, to make himself a worthily candidate for the promotion, he enrolled for another course in the open university.

Again, whenever the family complained that he was not spending enough time with them, he reasoned that he was doing all this for them. But he often yearned to spend more time with his family.

Father’s hard work paid off and he was promoted. Jubilantly, he decided to hire a maid to relieve his wife from her domestic tasks. He also felt that their three-room flat was no longer big enough, it would be nice for his family to be able to enjoy the facilities and comfort of a condominium. Having experienced the rewards of his hard work many times before, Father resolved to further his studies and work at being promoted again. The family still did not get to see much of him. In fact, sometimes Father had to work on Sundays entertaining clients. Again, whenever the family complained that he was not spending enough time with them, he reasoned that he was doing all this for them. But he often yearned to spend more time with his family.

As expected, Father’s hard work paid off again and he bought a beautiful condominium overlooking the coast of Singapore. On the first Sunday evening at their new home, Father declared to his family that he decided not to take anymore courses or pursue any more promotions. From then on he was going to devote more time to his family.

Father did not wake up the next day.

Therefore he is able to save completely those who come to God through him, because he always lives to intercede for them.
Hebrews 7:25
DailyVerses.net