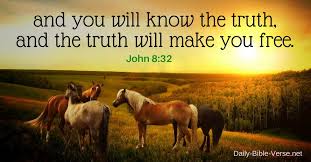 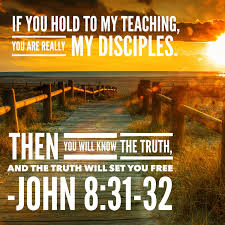 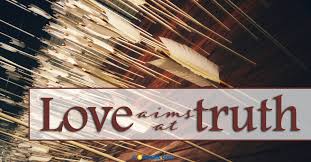 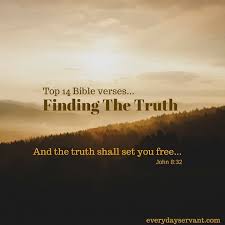 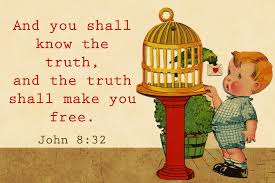 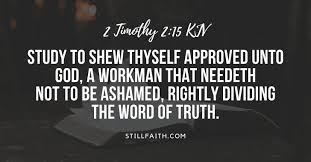 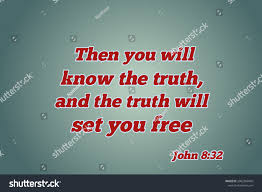 The Truth Shall Make You Free 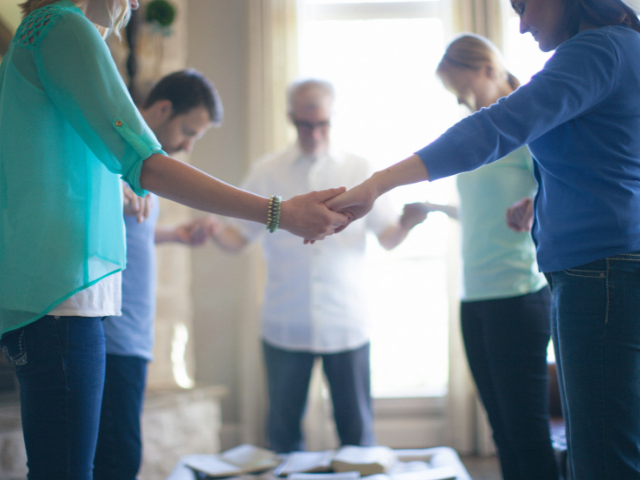 Have you ever heard of the sinner’s prayer? It’s not found in Scripture, but it’s an introductory prayer that many use to lead someone to Christ. Typically, the prayer may look like this:

Lord Jesus, I ask you to come into my life. I want to turn from living my life under my control. Come now and live in me. Cleanse me from my sins. I receive you as my Lord and Savior. I will live for you and serve you all the days of my life. In Jesus’ name. Amen.

I have led people in such prayer and will continue to do so. However, that prayer is not the end of the matter, but rather the beginning!

Jesus never told us to go and make converts. Instead, he commanded us to make disciples:

And Jesus came and spoke to them, saying, “All authority has been given to Me in heaven and on earth. Go therefore and make disciples of all the nations, baptizing them in the name of the Father and of the Son and of the Holy Spirit, teaching them to observe all things that I have commanded you; and lo, I am with you always, even to the end of the age.” Amen (Matthew 28:18-20).

So, what’s the difference between converts and disciples? John 8:31-32 tells us how to be a disciple:

Then Jesus said to those Jews who believed Him, “If you abide in My word, you are My disciples indeed. And you shall know the truth, and the truth shall make you free.”

As we share the good news of Jesus, let us remember that while the moment of salvation comes by believing and confessing (Romans 10:9), God wants so much more. He wants us to grow. He wants us to learn. He wants us to be disciples, and just like with the first twelve, He wants our fellowship and friendship. And He also wants us to be free. Remember John 8:32:

“And you shall know the truth, and the truth shall make you free.”

As His disciples, we grow in freedom. What a blessing! I know there have been many times when I felt bound to a sin or a mindset that caused me pain. God does not want us to remain in pain. We receive freedom from pain, sin, hopelessness, and shame when we allow His truth in our lives.

My hope for you today is that you will allow God, through His word and through His Spirit, to lead you into all truth so that you may indeed be His disciple and reap every benefit He has for you. (John 16:13)

Lord, help us be your disciples and help us to make disciples. In Jesus’ name, Amen.

1 Samuel 24:5-7 5Afterward, David was conscience-stricken for having cut off a corner of his robe. 6He said to his men, “The LORD forbid that I should do such a thing to my master, the Lord’s anointed, or lift my hand against him; for he is the anointed of the LORD.” 7With these words David rebuked his men and did not allow them to attack Saul. And Saul left the cave and went his way.

After all that Saul had done to David, trying to kill him with a javelin three times, promising one wife and not delivering, giving away his wife to another, and having David’s priestly friends killed, David will not do a thing against him. In fact, just cutting off the corner of his robe caused his conscience to be stricken. He recognized Saul as the one on whom the anointing of God had been placed. Even though the anointing is on David now, he still respects Saul. Perhaps David realizes that what he does to Saul will set an example for others behavior toward him when he becomes king.

All of your brothers and sisters in Christ has been anointed. Do you treat them with as much respect and fear of the LORD as David did with Saul? It is no different. We are given opportunities to slander our brothers, even speak the truth that would damage their reputations. Are you convicted to take even a corner from their robe, so to speak? Has any of them done even half the wrongs that Saul did toward David? No? Then consider the example of David here. Remember your brothers and sisters have the same anointing you have. They may be side-tracked, but that is for God to deal with. They may be in your hand, so to speak, but that is a test for you. Will you come away with a testimony like David’s? His action and words were a rebuke to his soldiers.

Streams in the Desert – May 24

Sarah bare Abraham a son in his old age, at the set time of which God had spoken to him (Gen. 21:2).

The counsel of the Lord standeth forever, the thoughts of His heart to all generations” (Psalm 33:11). But we must be prepared to wait God’s time. God has His set times. It is not for us to know them; indeed, we cannot know them; we must wait for them.

If God had told Abraham in Haran that he must wait for thirty years until he pressed the promised child to his bosom, his heart would have failed him. So, in gracious love, the length of the weary years was hidden, and only as they were nearly spent, and there were only a few more months to wait, God told him that “according to the time of life, Sarah shall have a son.” (Gen. 18:14). The set time came at last; and then the laughter that filled the patriarch’s home made the aged pair forget the long and weary vigil.

Take heart, waiting one, thou waitest for One who cannot disappoint thee; and who will not be five minutes behind the appointed moment: ere long “your sorrow shall be turned into joy.”

Ah, happy soul, when God makes thee laugh! Then sorrow and crying shall flee away forever, as darkness before the dawn.
–Selected

It is not for us who are passengers, to meddle with the chart and with the compass. Let that all-skilled Pilot alone with His own work.
–Hall

“Some things cannot be done in a day. God does not make a sunset glory in a moment, but for days may be massing the mist out of which He builds His palaces beautiful in the west.”

Some glorious morn–but when? Ah, who shall say?
The steepest mountain will become a plain,
And the parched land be satisfied with rain.
The gates of brass all broken; iron bars,
Transfigured, form a ladder to the stars.
Rough places plain, and crooked ways all straight,
For him who with a patient heart can wait.
These things shall be on God’s appointed day:
It may not be tomorrow–yet it may.

Forgiveness means sharing the same gift Jesus extended to us—regardless of the offense.

We’ll often try to justify an angry, unforgiving heart by thinking, Well, the Lord knows what that person did to me. So He gets why I feel this way. Certainly Jesus—who was fully God and fully man—knows human emotions inside and out. In fact, He Himself experienced betrayal and abandonment, so it’s true that He understands our pain. Nevertheless, He does not approve of an unforgiving attitude.

Through the Savior, we see how God views forgiveness, even when it comes to the vilest offenses. And consider this: We are the ones who continually betray Him. How? We’ve denied Him His rightful place in our life, doubted His Word, and ignored His instruction. There are times we kick Him out of our daily activities and decisions so we can pursue things more to our own liking. What’s more, we have sinned against both Him and other people.

And what is Jesus’ disposition towards us? “Come to Me, all who are weary and burdened, and I will give you rest” (Matthew 11:28). Now, do you really believe He will justify our unforgiveness? No, He wants us to instead look at the cross. There we will discover the price that was paid for our own forgiveness. Just as we have been forgiven, so we must now become forgivers (Col. 3:13).

For as in Adam all die, so in Christ all will be made alive.
1 Corinthians 15:22
DailyVerses.net