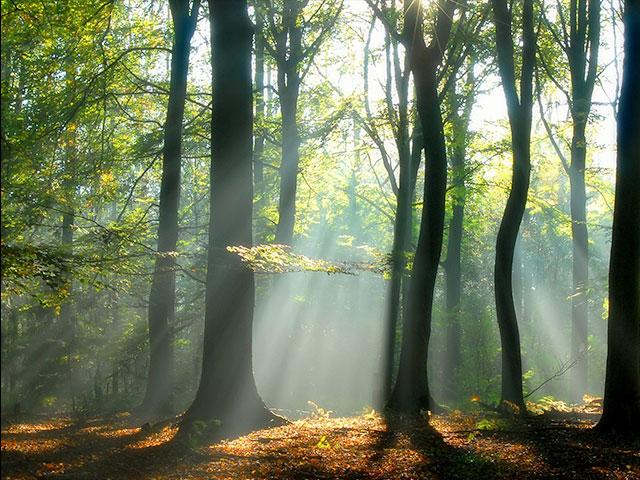 The term “God Adventure” sounds kind of intriguing and exciting, doesn’t it? Even a little mysterious! If you have an adventuresome spirit, just those words may make you want to explore what a God adventure is – learn more about it!

A “God Adventure” could be following God’s leading to take a new job. It could be a missions trip or a move to a new city. Maybe you’re actually going to commit to leading a Bible study at your church or reach out to a needy family in your area. How about working on reconciling a broken relationship with a family member or friend?

Not all God adventures are so positive or encouraging. Sometimes a God adventure comes your way uninvited and unexpected. It can come in circumstances that involve loss, unfair treatment, illness, or broken relationships. These are the wilderness places that God uses to shape, refine, and carve character into us, if we’ll let Him. The process is so painful, but the result is pure gold.

Some dear friends of mine, a married couple, have been through this recently. A cancer diagnosis brought surgery, radiation, doctors, doctors, and more doctors. Pain, loss, rehabilitation, fear and uncertainty.

Who’d sign up for that? But, now let me tell you what I saw this “wilderness” produce in their lives …a sense of God’s presence that over-rode all the circumstances, a trust in God’s goodness and faithfulness (which is never really fully experienced until you find yourself in the furnace of affliction); a deeper love and appreciation for each other as a couple; and peace, real peace, in the midst of the storm.

They were not delivered from the experience, they were lifted above it and carried through it. Isaiah 40:31 outlines the promise of God to those who are walking through trials.

“But those who wait on the Lord shall renew their strength; they shall mount up with wings like eagles, they shall run and not be weary, they shall walk and not faint.” (NKJV)

The Bible is filled with the stories of great men and women of faith, and almost all of them had one or more defining wilderness experiences that God used to prepare them for even greater use. My favorite is the story of Joseph. Sold into slavery by his brothers, wrongly accused by the wife of his employer, thrown into jail for something he didn’t do, and seemingly forgotten by those he had helped. In all of this, a span of 13 years, the Bible never once records that Joseph complained or railed against the Lord. Read this amazing story yourself – Genesis 37 through 47. Through his years in the wilderness, Joseph learned humility, obedience, patience, and responsibility. In God’s perfect timing, he became ruler over all of Egypt delivering the Egyptians and his own family from the famine in the land.

How can you turn your wilderness into a God adventure? For starters let this scripture sink deeply into your heart and mind – Romans 8:28

“And we know that all things work together for good to those who love God, to those who are the called according to His purpose.” (NKJV)

ALL things – even your trials and afflictions.

Give them to God with a sense of anticipation. You are being refined – prepared for something. Look for the lessons.

Surrender your “rights,” your arguments, and your confusion to Him. God never makes mistakes.

Rest in Him – climb up into his lap and let Him refresh you with His strength.

Trust His timing – He’s got it all together. Jeremiah 29:11 says this,

“For I know the plans I have for you,” declares the Lord, “plans to prosper you and not to harm you, plans to give you hope and a future.” (NIV)

Stay close to Him and watch your wilderness become a God adventure!

“When the trumpeters and singers were as one, to make one sound … the priests could not continue ministering because of the cloud; for the glory of the LORD filled the house of God.” – 2 Chronicles 5:13-14 NKJV

In 1958 while on tour, the Chicago Symphony Orchestra played what their conductor, Fritz Reiner, called “a perfect concert.” Waiting backstage afterward with tears in his eyes, he told the musicians, “Thank you, thank you! All my life I waited for this moment.”

This was a rare concert when an unusually high level of excellence was achieved during a performance when there was complete focus and singleness of purpose. There was a harmonious blending that resonated a level of perfection. The musicians seemed to perform as a unit, transported to a higher plane of purity.

An even more glorious moment took place during the ceremony dedicating the temple in Jerusalem as the musicians and singers became like one, making one united sound. This unity was expressed as they sang and played their instruments. And God’s presence filled the place.

Powerful things happen when God’s people join together. The Bible tells us, “How good and how pleasant it is for brethren to dwell together in unity” (Psalm 133:1). This is more than a nice experience. Where there is unity, the Lord commanded His blessing.

Ask God to show you if there are any rivalries in Your heart. Put aside anything that keeps You from seeking Him with Your whole being. And seek opportunities to join with other believers to worship and seek God. He longs to pour His Spirit upon You and to fill Your life with His presence.

The centurion heard of Jesus and sent some elders of the Jews to him, asking him to come and heal his servant. — Luke 7:3

Differences tend to divide: boys and girls, abled and disabled, rich and poor, black and white. In the Navajo language, the word for stranger is the same as for enemy, with the meaning depending on the context. Relating across differences can be tricky and sometimes difficult.

The Roman centurion knew that Jews didn’t like Romans much—and Jesus was a Jew. So that may have been why the centurion asked some Jewish elders to see if Jesus would come and heal his servant, who was sick and dying. The elders told Jesus that the centurion was a good man and had done helpful things for the Jews. Although I think Jesus would have said “Yes” anyway, he agreed to go and meet this Roman.

Before Jesus arrived, though, the centurion sent him another message: “I know you have ­authority, so all you have to do is say the word, and my servant will be healed.” And Jesus did!

In this story there is no hint of prejudice in Jesus. He headed directly to the Roman’s house. And then, when the Roman suggested that Jesus could simply heal his servant from a distance, Jesus did that. And he praised and honored the man’s faith! Jew or Roman, faith is faith.

To imitate Jesus is to love our neighbors; difference does not matter.

Jesus, Son of God, thank you for loving and helping us from the goodness of your heart. Help us to love and help others for your sake. Amen. (AM)

Streams in the Desert – January 18

Now thanks be unto God, which always causeth us to triumph in Christ (2 Corinthians 2:14).

God gets His greatest victories out of apparent defeats. Very often the enemy seems to triumph for a little, and God lets it be so; but then He comes in and upsets all the work of the enemy, overthrows the apparent victory, and as the Bible says, “turns the way of the wicked upside down.” Thus He gives a great deal larger victory than we would have known if He had not allowed the enemy, seemingly, to triumph in the first place.

The story of the three Hebrew children being cast into the fiery furnace is a familiar one. Here was an apparent victory for the enemy. It looked as if the servants of the living God were going to have a terrible defeat. We have all been in places where it seemed as though we were defeated, and the enemy rejoiced. We can imagine what a complete defeat this looked to be. They fell down into the flames, and their enemies watched them to see them burn up in that awful fire, but were greatly astonished to see them walking around in the fire enjoying themselves. Nebuchadnezzar told them to “come forth out of the midst of the fire.” Not even a hair was singed, nor was the smell of fire on their garments, “because there is no other god that can deliver after this sort.”

This apparent defeat resulted in a marvelous victory.

Suppose that these three men had lost their faith and courage, and had complained, saying, “Why did not God keep us out of the furnace!” They would have been burned, and God would not have been glorified. If there is a great trial in your life today, do not own it as a defeat, but continue, by faith, to claim the victory through Him who is able to make you more than conqueror, and a glorious victory will soon be apparent. Let us learn that in all the hard places God brings us into, He is making opportunities for us to exercise such faith in Him as will bring about blessed results and greatly glorify His name.
–Life of Praise

Defeat may serve as well as victory
To shake the soul and let the glory out.
When the great oak is straining in the wind,
The boughs drink in new beauty, and the trunk
Sends down a deeper root on the windward side.
Only the soul that knows the mighty grief
Can know the mighty rapture. Sorrows come
To stretch out spaces in the heart for joy.