14 “Do not let your hearts be troubled. You believe in God[a]; believe also in me. 2 My Father’s house has many rooms; if that were not so, would I have told you that I am going there to prepare a place for you?3 And if I go and prepare a place for you, I will come back and take you to be with me that you also may be where I am. 4 You know the way to the place where I am going.” 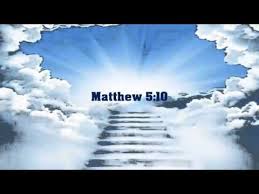 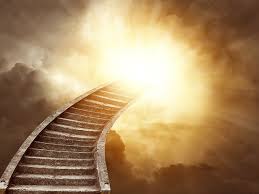 In My Father’s House Are Many Rooms Kristine, a vibrant 18-year-old, was involved in all the normal activities of a senior in high school when she became critically ill. She was admitted to the hospital and within a few days, she was diagnosed with a fatal disease.

Kristine’s parents were devastated when doctors said, “There’s nothing more we can do except keep her comfortable.” They asked for help from the hospital staff to break the news to their daughter.

A woman named Donna is part of a hospital team that works with critically and terminally ill patients and their families. “When Kristine heard the prognosis, she was naturally quite upset, but when I went to see her the next day, her demeanor was completely changed,” she said.

“Kristine had in her hand a collection of swatches from a paint store, those little strips of various shades of color,” Donna said. “She fanned them out like a deck of cards and said, ‘Pick a color.’”

“I didn’t know what was going on,” Donna said, “but I played along. I chose a bird’s egg blue. Then Kristine explained:  ‘Since I’m going to heaven before you, I want to paint your room your favorite color.’ Anytime a different person came into Kristine’s room after that, she had them choose a color for their room in heaven.”

Donna said, “I have worked with critically and terminally ill patients for years, but I was bowled over by the spiritual maturity of an 18-year-old who was so certain of her place in heaven. Kristine knew without a doubt that this world is just a ‘passing-through place.’ It’s not the final destination. She used those paint swatches as tools to witness about eternal life and also to help the people around her accept her physical death.”

Kristine was a living witness to the promise in John 14 as Jesus tried to prepare his disciples for his impending death:

Do not let your hearts be troubled. Trust in God; trust also in me. In my Father’s house are many rooms; if it were not so, I would have told you. I am going there to prepare a place for you. And if I go and prepare a place for you, I will come back and take you to be with me that you also may be where I am. John 14:1-3 NIV

When Kristine passed away, she continued to witness to people at the funeral because those paint swatches were in the casket with her. Kristine’s story was repeated to everyone who passed by.

“As Christians, we have the certainty of eternal life,” Donna said. “How wonderful it was for Kristine and her family to be able to frame death in such a beautiful way.”

Thank you, Lord, for the promise of eternal life. Help us to learn from Kristine’s example of faith in your Word.

Pentecost marks the powerful beginning of a global movement of the power of God’s presence sweeping across the earth. As we read the account of what happened as the Spirit descended with power on God’s people, place yourself in their midst. Imagine what it would look like, sound like, and feel like to witness firsthand such a powerful movement of God’s Spirit:

When the day of Pentecost arrived, they were all together in one place. And suddenly there came from heaven a sound like a mighty rushing wind, and it filled the entire house where they were sitting. And divided tongues as of fire appeared to them and rested on each one of them. And they were all filled with the Holy Spirit and began to speak in other tongues as the Spirit gave them utterance.

Now there were dwelling in Jerusalem Jews, devout men from every nation under heaven. And at this sound the multitude came together, and they were bewildered, because each one was hearing them speak in his own language. And they were amazed and astonished, saying, “‘Are not all these who are speaking Galileans? And how is it that we hear, each of us in his own native language? Parthians and Medes and Elamites and residents of Mesopotamia, Judea and Cappadocia, Pontus and Asia, Phrygia and Pamphylia, Egypt and the parts of Libya belonging to Cyrene, and visitors from Rome, both Jews and proselytes, Cretans and Arabians—we hear them telling in our own tongues the mighty works of God.” And all were amazed and perplexed, saying to one another, “What does this mean?” But others mocking said, “They are filled with new wine” (Acts 2:1-13).

The Holy Spirit is our greatest gift. When the disciples received the Spirit they began living as Jesus did. They began speaking to, healing, and transforming a world that had known no restored relationship with their Creator since Adam and Eve. And Scripture makes it clear that our lives are to follow their example. We’ve been given the same Spirit as the disciples, who moved so powerfully in revealing our loving heavenly Father to a world in desperate need of relationship with their Creator. I feel that there are three areas in which the Spirit would anoint us more powerfully today as he did the disciples at Pentecost. Let’s boldly seek out all that the Spirit would do in our hearts and lives today.

(1) Let not your heart be troubled.—The division of chapters is unfortunate, as it breaks the close connection between these words and those which have gone immediately before. The prophecy of St. Peter’s denial had followed upon the indication of Judas as the traitor, and upon the announcement of the Lord’s departure. These thoughts may well have brought troubled hearts. The Lord had Himself been troubled as the darkness drew on (John 12:27; John 13:21), and He calms the anxious thoughts that He reads in the souls of the disciples.

Ye believe in God, believe also in me.—It is more natural to take both these clauses as imperative—Believe in God, believe also in Me. Our English version reads the first and last clauses of the verse as imperative, and the second as an indicative, but there is no good reason for doing so; and a sense more in harmony with the context is got by reading them all as imperatives. As a matter of fact, the present trouble of the hearts of the disciples arose from a want of a true belief in God; and the command is to exercise a true belief, and to realise the presence of the Father, as manifested in the person of the Son. There was a sense in which every Jew believed in God. That belief lay at the very foundation of the theocracy; but like all the axioms of creeds, it was accepted as a matter of course, and too often had no real power on the life. What our Lord here teaches the disciples is the reality of the Fatherhood of God as a living power, ever present with them and in them; and He teaches them that the love of God is revealed in the person of the Word made flesh. This faith is the simplest article of the Christian’s creed. We teach children to say, we ourselves constantly say, “I believe in God the Father.” Did we but fully grasp the meaning of what we say, the troubles of our hearts would be hushed to silence; and our religion would be a real power over the whole life, and would be also, in a fulness in which it never has been, a real power over the life of the world.

May the God of hope fill you with all joy and peace as you trust in him, so that you may overflow with hope by the power of the Holy Spirit.
Romans 15:13
DailyVerses.net

My salvation and my honor depend on God; he is my mighty rock, my refuge.
Psalm 62:7
DailyVerses.net