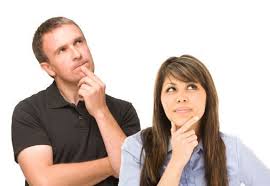 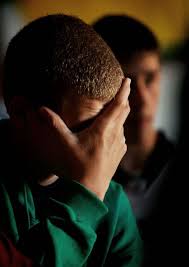 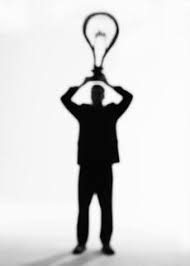 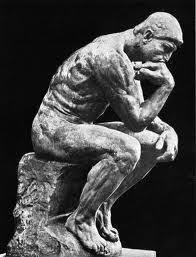 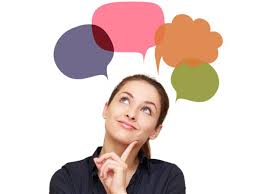 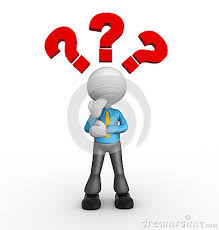 A warning which needs to be repeated is that “the cares of this world and the deceitfulness of riches,” and the lust for other things, will choke out the life of God in us (Matthew 13:22). We are never free from the recurring waves of this invasion. If the frontline of attack is not about clothes and food, it may be about money or the lack of money; or friends or lack of friends; or the line may be drawn over difficult circumstances. It is one steady invasion, and these things will come in like a flood, unless we allow the Spirit of God to raise up the banner against it.

“I say to you, do not worry about your life….” Our Lord says to be careful only about one thing— our relationship to Him. But our common sense shouts loudly and says, “That is absurd, I must consider how I am going to live, and I must consider what I am going to eat and drink.” Jesus says you must not. Beware of allowing yourself to think that He says this while not understanding your circumstances. Jesus Christ knows our circumstances better than we do, and He says we must not think about these things to the point where they become the primary concern of our life. Whenever there are competing concerns in your life, be sure you always put your relationship to God first.

“Sufficient for the day is its own trouble” (Matthew 6:34). How much trouble has begun to threaten you today? What kind of mean little demons have been looking into your life and saying, “What are your plans for next month— or next summer?” Jesus tells us not to worry about any of these things. Look again and think. Keep your mind on the “much more” of your heavenly Father (Matthew 6:30).

In taking Christ in any new relationship, we must first have sufficient intellectual light to satisfy our mind that we are entitled to stand in this relationship. The shadow of a question here will wreck our confidence. Then, having seen this, we must make the venture, the committal, the choice, and take the place just as definitely as the tree is planted in the soil, or the bride gives herself away at the marriage altar. It must be once for all, without reserve, without recall.

Then there is a season of establishing, settling and testing, during which we must “stay put” until the new relationship gets so fixed as to become a permanent habit. It is just the same as when the surgeon sets the broken arm. He puts it in splints to keep it from vibration. So God has His spiritual splints that He wants to put upon His children and keep them quiet and unmoved until they pass the first stage of faith. It is not always easy work for us, “but the God of all grace, who hath called us unto his eternal glory by Jesus Christ, after that ye have suffered awhile, stablish, strengthen, settle you.”
–A. B. Simpson

There is a natural law in sin and sickness; and if we just let ourselves go and sink into the trend of circumstances, we shall go down and sink under the power of the tempter. But there is another law of spiritual life and of physical life in Christ Jesus to which we can rise, and through which we can counterpoise and overcome the other law that bears us down.

But to do this requires real spiritual energy and fixed purpose and a settled posture and habit of faith. It is just the same as when we use the power in our factory. We must turn on the belt and keep it on. The power is there, but we must keep the connection; and while we do so, the higher power will work and all the machinery will be in operation.

There is a spiritual law of choosing, believing, abiding, and holding steady in our walk with God, which is essential to the working of the Holy Ghost either in our sanctification or healing.
–Days of Heaven upon Earth

Laughter is The Best Medicine

Many years ago, Norman Cousins was diagnosed as “terminally ill”. He was given six months to live. His chance for recovery was 1 in 500.

He could see the worry, depression and anger in his life contributed to, and perhaps helped cause, his disease. He wondered, “If illness can be caused by negativity, can wellness be created by positivity?”

He decided to make an experiment of himself. Laughter was one of the most positive activities he knew. He rented all the funny movies he could find – Keaton, Chaplin, Fields, the Marx Brothers. (This was before VCRs, so he had to rent the actual films.) He read funny stories. He asked his friends to call him whenever they said, heard or did something funny.

His pain was so great he could not sleep. Laughing for 10 solid minutes, he found, relieved the pain for several hours so he could sleep.

He fully recovered from his illness and lived another 20 happy, healthy and productive years. (His journey is detailed in his book, Anatomy of an Illness.) He credits visualization, the love of his family and friends, and laughter for his recovery.

Some people think laughter is a waste of time. It is a luxury, they say, a frivolity, something to indulge in only every so often.

Since Cousins’ ground-breaking subjective work, scientific studies have shown that laughter has a curative effect on the body, the mind and the emotions.

So, if you like laughter, consider it sound medical advice to indulge in it as often as you can. If you don’t like laughter, then take your medicine – laugh anyway.

Give yourself permission to laugh – long and loud and out loud – whenever anything strikes you as funny. The people around you may think you’re strange, but sooner or later they’ll join in even if they don’t know what you’re laughing about.

Some diseases may be contagious, but none is as contagious as the cure. . . laughter.

By Peter McWilliams
From “Chicken Soup for the Surviving Soul”

This parable is told of a farmer who owned an old mule. The mule fell into the farmer’s well. The farmer heard the mule praying or whatever mules do when they fall into wells.

After carefully assessing the situation, the farmer sympathized with the mule, but decided that neither the mule nor the well was worth the trouble of saving. Instead, he called his neighbors together, told them what had happened, and enlisted them to help haul dirt to bury the old mule in the well and put him out of his misery.

Initially the old mule was hysterical! But as the farmer and his neighbors continued shoveling and the dirt hit his back, a thought struck him. It suddenly dawned on him that every time a shovel load of dirt landed on his back, HE WOULD SHAKE IT OFF AND STEP UP!

It wasn’t long before the old mule, battered and exhausted, stepped triumphantly over the wall of that well! What seemed like it would bury him actually helped him … all because of the manner in which he handled his adversity.

THAT’S LIFE! If we face our problems and respond to them positively, and refuse to give in to panic, bitterness, or self-pity.

Look at the birds of the air; they do not sow or reap or store away in barns, and yet your heavenly Father feeds them. Are you not much more valuable than they?
Matthew 6:26
DailyVerses.net