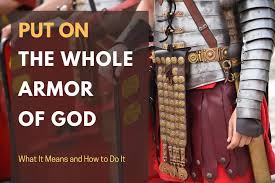 Therefore put on the full armor of God, so that when the day of evil comes, you may be able to stand your ground, and after you have done everything, to stand. Stand firm then, with the belt of truth buckled around your waist, with the breastplate of righteousness in place, and with your feet fitted with the readiness that comes from the gospel of peace. In addition to all this, take up the shield of faith, with which you can extinguish all the flaming arrows of the evil one. Take the helmet of salvation and the sword of the Spirit, which is the word of God. And pray in the Spirit on all occasions with all kinds of prayers and requests. With this in mind, be alert and always keep on praying for all the saints. Pray also for me, that whenever I open my mouth, words may be given me so that I will fearlessly make known the mystery of the gospel. – Ephesians 6:13-19

Six pieces of armor. Five primarily defensive, one primarily offensive. And yet…

Have you ever used the chest-bumper of righteousness on someone? How about the head-butter of salvation? The bludgeoner of faith? The shin-kicker of readiness or the gut-puncher of holiness?

Even the sword of the spirit has its proper purpose: to fight our enemies. Which are?

While we humans can be so hard on each other, no. One verse earlier, Paul tells us what we’re fighting:

Quite convicting, really. Not only do I clearly go into many days without getting completely dressed, even when I do, I’m mis-using my equipment, fighting in the dark, swinging blindly, or wounding with friendly fire.

I don’t know about you, but for me, the elemental Bible verses I first learned as a youth (like today’s verse) are the ones I need to continually reconsider, because they’re the ones I tend to just believe without acting upon.

When times come – like these days we’re in now – where there is fierce political thought and lines being drawn and opinions spouted as truth, including the opinion that there is no truth – it’s just so easy to get drawn in before we remember to put on our armor or be trained in using it. When that happens, we tend to view our enemies as each other, and forget or deny that the war is still spiritual. And therefore more serious, more wearying, not less. 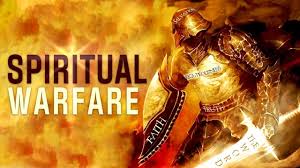 16The LORD answered, “I will be with you, and you will strike down all the Midianites together.”

Gideon is not so sure it is the LORD. If he is to take on this challenge to rally Israel, he knows he must have the LORD with him. The LORD promised to be with him, just as He has promised to be with us (Matthew 28:20). Whatever God asks us to do He will equip and help us to do. He calls us to be co-laborers, not lone rangers.

Gideon had his doubts and needed to be sure. The LORD allowed Gideon to bring an offering. He then caused fire to come from the rock and consume the food Gideon had brought. God will assure us of His will and confirm that He is with us to help us accomplish the tasks He gives us.

Consider: What does the Lord call you? His presence is all we need to succeed.

Christ glorified as the builder of his church 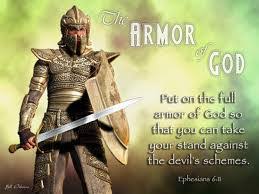 “He shall build the temple of the Lord; and he shall bear the glory.” Zechariah 6:13

This glory is undivided glory. In the church of Christ in heaven, no one is glorified but Christ. He who is honoured on earth has some one to share the honour with him, some inferior helper who laboured with him in the work; but Christ has none. He is glorified, and it is all his own glory. Oh, when you get to heaven, you children of God, will you praise any but your Master? Calvinists, today you love John Calvin; will you praise him there? Lutherans, today you love the memory of that stern reformer; will you sing the song of Luther in heaven? Followers of Wesley, you revere that evangelist; will you in heaven have a note for John Wesley? None, none, none! Giving up all names and all honours of men, the strain shall rise in undivided and unjarring unison “Unto him that loved us, and washed us from our sins in his own blood, unto him be glory for ever and ever.” But again; he shall have all the glory; all that can be conceived, all that can be desired, all that can be imagined shall come to him.Today, you praise him, but not as you can wish; in heaven you shall praise him to the summit of your desire. Today you see him magnified, but you see not all things put under him; in heaven all things shall acknowledge his dominion. There every knee shall bow before him, and every tongue confess that he is Lord. He shall have all the glory. But to conclude on this point; this glory is continual glory. It says he shall bear all the glory. When shall this dominion become exhausted? When shall this promise be so fulfilled that it is put away as a worn out garment? Never.

For meditation: “Thine is the kingdom, and the power, and the glory, for ever.” (Matthew 6:13). Can you really say ‘Amen’ to this?

“The LORD was angry with me on your account, and would not listen to me; instead, the LORD said to me, ‘Enough! Do not speak to Me any more about this matter.’” – Deuteronomy 3:26 NASB

Moses often had spoken with God. He meant what He said, and some things could not be negotiated. But Moses seemed to forget these facts when the Israelites complained about lacking water.

God directed him to “speak to the rock.” Instead, Moses “struck the rock twice with his rod” (Numbers 20:8-12). To God, this was disobedience and could not be justified. As a result, he was not allowed to enter the Promised Land. Moses argued with God, hoping He would change his mind. But when he kept arguing, God became angry and told him to stop.

Throughout his life, Moses had many honest conversations with God. He knew God could be forgiving. But this was different. Moses had violated His command and had to reap what he had sown. It was time to face the consequences of his actions and move on.

The Bible makes clear that God wants us to be bold and persistent in prayer. We are to be like the widow who bothered “an unrighteous judge” until he gave in (Luke 18:1-8), or like Jacob who wrestled with God (Genesis 32:24-30). But we also must realize that He is Almighty God. His Word is final, and some things are not subject to debate.

Be sure you know God’s Word. Remember, your actions have consequences. And He means what He says. Learn from Moses’ experience: You will reap what you sow.