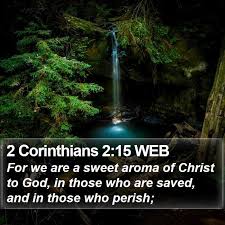 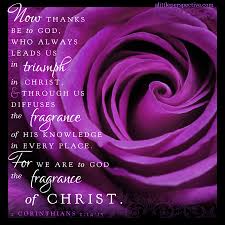 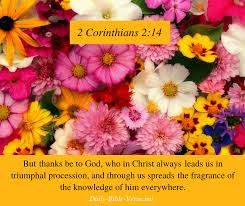 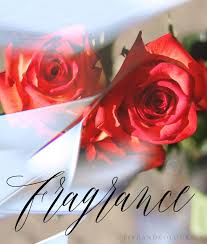 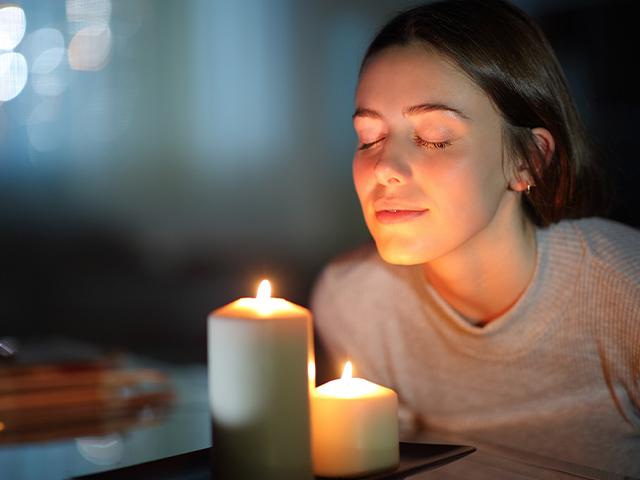 I love the smell of candles wafting through my home. When I use one of my White Barn candles, the entire downstairs soon fills with pleasant aromas. During COVID-19, my dream for when quarantine restrictions lifted was to smell every candle in Bath and Body Works. The morning after the stores opened, I sniffed candles through a mask to my little nose’s content.

When I took the candles home, I immediately lit one. Fruity scents of pineapple, whipped cream, and fresh orange filled my house with a tropical feeling. Just by lighting three tiny wicks I was transported from the confines of my home to a beautiful beach. When you can’t go to the beach, bring the beach to you.

Then I stared deep into the candle. I realized that for the candle to provide the lovely scents, it had to burn. Three orbs of fire flickered in a pool of wax. To release the smell, not only was the wax set on fire, it also gave away part of itself to float to me. The wax sacrificed itself to comfort me.

I thought about the Messianic prophecy in Psalm 22:14,

“I am poured out like water, And all My bones are out of joint; My heart is like wax; It has melted within Me” (NKJV).

Jesus’s heart melted as He hung on the cross as a sacrifice for our sins. He emptied Himself of all of His rights and bore the fullness of God’s wrath so we could be reconciled to the Father.

Jesus’ love for us honored God and became a pleasant scent to the Lord. Ephesians 5:2 says,

“And walk in love, as Christ also has loved us and given Himself for us, an offering and a sacrifice to God for a sweet-smelling aroma” (NKJV).

We are called to share the same love that Jesus showed us on the cross and become living sacrifices to God. We must give of ourselves to worship God.

“I beseech you therefore, brethren, by the mercies of God, that you present your bodies a living sacrifice, holy, acceptable to God, which is your reasonable service” (NKJV).

I can be selfish at times and don’t always want to surrender my dreams and demands to God. Yet, when I decrease and God increases, my life becomes a lovely fragrance to the Lord.

Sometimes, my life comes under fire as I am pressed by the cares of this world. When that happens, I have a choice. I can allow the flames to release a sweet-smelling aroma as an offering to the Lord or choose to make a stink about my hardships. As I sit on my couch in the middle of an island breeze, I realize I want to be a sweet-smelling aroma too. I decide that even if I melt away in the process, I want to be a fragrant incense offering before the throne of grace to fill all of heaven with the smell.

1 Chronicles 5:1 (NIV)The sons of Reuben the firstborn of Israel (he was the firstborn, but when he defiled his father’s marriage bed, his rights as firstborn were given to the sons of Joseph son of Israel; so he could not be listed in the genealogical record in accordance with his birthright, …

In Israel, the firstborn had a double the inheritance of the other heirs. They also had the responsibilities to lead the clan and provide for the women without husbands. They represented the clan and made decisions as head. Reuben was born into this position, but yielding to temptation caused him to lose it. It was a passing momentary pleasure but one large spot on the life of an otherwise faithful son. He was the one who wanted to spare Joseph.

There are times when we face difficult temptations and wonder if there is some way we can indulge without having to pay a price. Sin always takes you further than you want to go and costs you more than you want to pay. God’s grace may free you from some of the consequences or He may not. Sin always exaggerates the potential pleasure as it blinds you to the potential price you will end up paying.

On the other hand, Joseph stood strong in the face of temptation. He refused to yield to the enticements of Potiphar’s wife. It was one step on his way to a position he only dreamed of. Obedience to God reaped rewards he could not have seen except by the revelation of God. If that were not enough, his sons were given the position and rights of firstborn. Obedience takes the faithful where they can be most effective and rewards them beyond their dreams. It seems like a simple choice to make, but we need God’s help to make it daily.

Consider: Am I making choices obedient to the Spirit of God today?

Streams in the Desert – July 18

The eyes of the Lord run to and fro throughout the whole earth, to show himself strong in the behalf of them whose heart is perfect toward him (2 Chronicles 16:9).

God is looking for a man, or woman, whose heart will be always set on Him, and who will trust Him for all He desires to do. God is eager to work more mightily now than He ever has through any soul. The clock of the centuries points to the eleventh hour.

“The world is waiting yet to see what God can do through a consecrated soul.” Not the world alone, but God Himself is waiting for one, who will be more fully devoted to Him than any who have ever lived; who will be willing to be nothing that Christ may be all; who will grasp God’s own purposes; and taking His humility and His faith, His love and His power, will, without hindering, continue to let God do exploits.
–C. H. P.

“There is no limit to what God can do with a man, providing he will not touch the glory.”

In an address given to ministers and workers after his ninetieth birthday, George Mueller spoke thus of himself: “I was converted in November, 1825, but I only came into the full surrender of the heart four years later, in July, 1829. The love of money was gone, the love of place was gone, the love of position was gone, the love of worldly pleasures and engagements was gone. God, God alone became my portion. I found my all in Him; I wanted nothing else. And by the grace of God this has remained, and has made me a happy man, an exceedingly happy man, and it led me to care only about the things of God. I ask affectionately, my beloved brethren, have you fully surrendered the heart to God, or is there this thing or that thing with which you are taken up irrespective of God?

I read a little of the Scriptures before, but preferred other books; but since that time the revelation He has made of Himself has become unspeakably blessed to me, and I can say from my heart, God is an infinitely lovely Being.

Oh, be not satisfied until in your own inmost soul you can say, “God is an infinitely lovely Being!”
–Selected

“We are bound to thank God always for you, brethren, as it is meet, because that your faith groweth exceedingly, and the charity of every one of you all toward each other aboundeth.” 2 Thessalonians 1:3

When faith commences in the soul it is simply looking unto Jesus, and perhaps even then there are so many clouds of doubts, and so much dimness of the eye, that we have need for the light of the Spirit to shine upon the cross before we are able even so much as to see it. When faith grows a little, it rises from looking to Christ to coming to Christ. He who stood afar off and looked to the cross, by-and-by plucks up courage, and getting heart to himself, he runneth up to the cross; or perhaps he doth not run, but hath to be drawn before he can so much as creep thither, and even then it is with a limping gait that he draweth nigh to Christ the Saviour. But that done, faith goeth a little farther: it layeth hold on Christ; it begins to see him in his excellency, and appropriates him in some degree, conceives him to be a real Christ and a real Saviour, and is convinced of his suitability. And when it hath done as much as that, it goeth further; it leaneth on Christ; it leaneth on its Beloved; casteth all the burden of its cares, sorrows, and griefs upon that blessed shoulder, and permitteth all its sins to be swallowed up in the great red sea of the Saviour’s blood. And faith can then go further still; for having seen and run towards him, and laid hold upon him, and having leaned upon him, faith in the next place puts in a humble, but a sure and certain claim to all that Christ is and all that he has wrought; and then, trusting alone in this, appropriating all this to itself, faith mounteth to full assurance; and out of heaven there is no state more rapturous and blessed.

For meditation: How would you describe the state of your faith? Do you want to grow in faith (Luke 17:5)?

The integrity of the upright guides them, but the unfaithful are destroyed by their duplicity.
Proverbs 11:3
DailyVerses.net