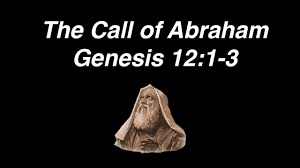 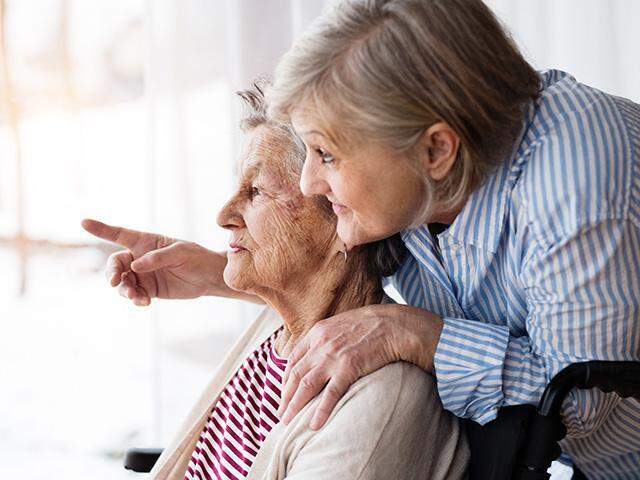 I really didn’t want to go to church. Everyone always asked about my family. “How’s your dad?” they would ask over and over again. I tired of telling them about his medical condition. Really, what I wanted to scream was, “How am I? I’m the one overseeing my parents care along with two teenagers, a husband, a full-time job and a family business! Why don’t you ask about me?!”

My father had his left leg amputated and was ready to move back in with us and I was petrified. That day at church, I ran into a woman who sometimes helped with Mom’s care and also provided total care for her mother.

She smiled and said, “Pauline, it is nothing. It was a privilege to care for him.”

It took several years before my caregiving went from a duty to privilege, but eventually, that is how I viewed it.

“After washing their feet, he put on his robe again and sat down and asked, ‘Do you understand what I was doing? You call me ‘Teacher’ and ‘Lord,’ and you are right, because that’s what I am. And since I, your Lord and Teacher, have washed your feet, you ought to wash each other’s feet.'” John 13:12-14 NLT

Jesus always viewed servanthood as a privilege. He also taught that to His disciples.

As Americans, we tend to believe we have rights and we should assert our rights.

As Christians, we may have rights, but to serve and give up our rights is a privilege.

“Then Jesus said to his disciples, ‘If any of you wants to be my follower, you must give up your own way, take up your cross, and follow me. If you try to hang on to your life, you will lose it. But if you give up your life for my sake, you will save it.’” (NLT)

I once heard a Christian musician say that a Christian is someone who is bananas about Jesus. That is a great definition. So, when we love Jesus and follow Him, we give up our lives and mirror His.

Thankfully, He has given us the Holy Spirit to help us. The change that took place in my view of caregiving is nothing other than miraculous. Divine.

What Is a Miracle, Really?

Guest Post by Angela Hunt, author of When God Happens

What are miracles, and why do they matter?

I recently decided to put together a book on miracles with friend and fellow author Bill Myers. When Bill and I put out the call for miracle stories, we received many stories about how God worked to answer prayers. To those who received these blessings, the events felt like miracles; and perhaps they were, because the contemporary definition of miracle is “a divine act by which God reveals himself to people.” By that definition, a beautiful sunrise could be a miracle if it causes the beholder to look up and marvel at the Creator.

The traditional definition of miracle, however, includes a qualification: a miracle is an act in which God transcends the normal order of things, that is, when He bends or breaks the Law of Nature.

Because we wanted these stories to speak to skeptics, we searched for stories that fit the more traditional definition of miracle. We wanted true stories told by those who experienced them. We wanted details about what God did, and most importantly, how He revealed Himself to the viewer, and how the experience changed that person’s life.

Mary, a young girl in a small town, experienced a miracle when an angel appeared and told her she would soon bear a child—even though she was a virgin and had never been intimate with a man. That miracle not only affected Mary’s life, but the entire world.

The lame man begging by a pool experienced a miracle when Peter and John stopped and said they didn’t have money to give him, but by the power of Jesus Christ, they could give him the ability to walk. That man’s life changed in that instant, and so did the lives of all who witnessed the event.

Fast forward two thousand years. Cheri and Cody Clemmons’s lives were changed when they stopped to help accident victims on Highway Six in Texas. Unable to reach a man in a burning car, Cheri cried out for God’s help, and two strangers appeared to pull the man from the wreckage. Cheri’s and Cody’s lives were forever changed, and so was the survivor’s.

Dennis Hensley’s life changed the day the doctor told him his unborn daughter had died…and later, as his wife endured labor, the baby began to breathe.

Steve Taitt’s life changed the day he asked God for a sign…and the sign appeared in a newspaper classified ad.

Why are miracles important? Because they testify to the truth that God rules over His creation, and all things are under His control.  Because He is all-powerful and the author of thousands of miracles, we can confidently place our lives in His hands.

Streams in the Desert – June 2

Against hope Abraham believed in hope with the result that he became the father of many nations according to the pronouncement, “so will your descendants be.” Without being weak in faith, he considered his own body as dead (because he was about one hundred years old) and the deadness of Sarah’s womb. — Rom 4:18-19

We shall never forget a remark that George Mueller once made to a gentleman who had asked him the best way to have strong faith.

d“The only way,” replied the patriarch of faith, “to learn strong faith is to endure great trials. I have learned my faith by standing firm amid severe testings.” This is very true. The time to trust is when all else fails.

Dear one, you scarcely realize the value of your present opportunity; if you are passing through great afflictions you are in the very soul of the strongest faith, and if you will only let go, He will teach you in these hours the mightiest hold upon His throne which you can ever know.

“Be not afraid, only believe.” And if you are afraid, just look up and say, “What time I am afraid I will trust in thee,” and you will yet thank God for the school of sorrow which was to you the school of faith.
–A. B. Simpson

“Great faith must have great trials.”

“God’s greatest gifts come through travail. Whether we look into the spiritual or temporal sphere, can we discover anything, any great reform, any beneficent discovery, any soul-awakening revival, which did not come through the toils and tears, the vigils and blood-shedding of men and women whose sufferings were the pangs of its birth? If the temple of God is raised, David must bear sore afflictions; if the Gospel of the grace of God is to be disentangled from Jewish tradition, Paul’s life must be one long agony.”

“Take heart, O weary, burdened one, bowed down
Beneath thy cross;
Remember that thy greatest gain may come
Through greatest loss.
Thy life is nobler for a sacrifice,
And more divine.
Acres of bloom are crushed to make a drop
Of perfume fine.

“Because of storms that lash the ocean waves,
The waters there
Keep purer than if the heavens o’erhead
Were always fair.
The brightest banner of the skies floats not
At noonday warm;
The rainbow traileth after thunder-clouds,
And after storm.”

“Always be ready to give a defense to everyone who asks you a reason for the hope that is in you, with meekness and fear.” – 1 Peter 3:15 NKJV

Wally Pipp was one of the best players in Major League Baseball. A recognized leader on the New York Yankees, he was a fixture on that team when they won the championship in 1923. He played even better the next year, proving himself to be among the league elite. He was a good fielder and dependable, rarely missing a game. His backup, Lou Gehrig, seemed to have no chance of gaining meaningful playing time.

Then, on this day in 1925, Pipp took a day off due to a concussion, and the Yankees manager put Gehrig in the lineup. No one knew what to expect, but Gehrig was ready. Given this chance, he excelled at such a high level that he didn’t miss a game for 15 years, playing in an amazing 2,130 consecutive games in a Hall-of-Fame career.

We never can know when circumstances will change. Facing similar situations, many fail to take advantage of their opportunities and don’t fully develop their gifts. But Gehrig was different. He made the most of his big break.

The same principle applies in our spiritual lives. We never know when doors that seem permanently shut will open. When new opportunities will arise. When circumstances will change.

Seek to be a faithful steward of your talents and resources, even if no one else seems to notice. Develop the skills God has given you. Make sure you are ready.

‘Call to me and I will answer you and tell you great and unsearchable things you do not know.’
Jeremiah 33:3
DailyVerses.net