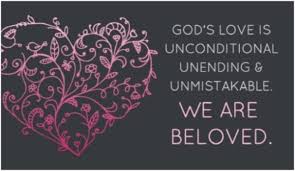 Here are 10 things God loves, in no particular order:

2. The world. John 3:16. (Interesting that so many Christians are trying to escape the planet the Lord loves and wants to transform).

8. Those who obey His commands. Deuteronomy 7:9 (Another reason to be obedient).

What Does God Love?

I will praise you, O Lord my God, with all my heart; I will glorify your name forever. For great is your love toward me; you have delivered me from the depths of the grave (Psalms 86:12).

There is a very famous passage in Proverbs detailing what God hates. Indeed, throughout the Bible God never shows reluctance to speak against behaviors he finds detestable. This should come as no surprise to us, being that he is holy and man has amassed a large amount of sinful tendencies since he first came into the world.

But what does God love? While avoiding the “bad” list – is there a “good” list toward which we can be working? Let’s dissect Proverbs 6:16 to discern the things which God loves.

Therefore, God loves eyes which gaze with humility. Not a false or broken humility of despising oneself, but a genuine, Christ-like choice to serve others, not draw undue attention to oneself, and treat others with great honor and respect.

Therefore, God loves hands which protect the innocent. Throughout Scripture, God’s compassion for the defenseless and the innocent is clear. He commends his children (in both the Hebrew Scriptures and the New Covenant) to protect the defenseless (Psalm 82:3-4), welcome the alien (Matthew 25:35), care for the widow (James 1:27), defend the orphan (Deut. 24:17), and mourn with those who are mourning (Romans 12:15). We are to be peaceful citizens, not bloodthirsty citizens, and our hands should therefore strive to protect innocence.

Therefore, God loves feet which run rapidly to goodness. Our feet carry enormous power. Where we choose to walk can truly define who we are as a person. Will we choose to walk away from a fruitless argument, or remain in an attempt to stubbornly prove a point? Will we choose to chase after those whom we have wronged, falling at their feet with love and humility? Will we let our feet wander to where the Spirit leads us, or will our feet guide us to our own selfish desires?

Therefore, God loves a trustworthy witness who speaks the truth. When we are beacons of integrity, truth, and honor, God rejoices. In any situation, a witness is charged to faithfully report what happened to the best of his ability. The greatest witness we can be is a faithful witness of God’s redeeming work in our lives. Will we stand boldly and speak the truth of God to the world? Are we living our lives as false witnesses, or trustworthy witnesses?

God hates “one who spreads strife among brothers.”

Therefore, God loves one who spreads peace among his brothers. It is really only possible to spread peace or strife. Every word we speak contributes one of those two attitudes to our relationships. And God loves those who value peace over 1) proving a point, 2) being heard, or 3) manipulating situations. With one word at a time, God wants us to change our attitude and sow seeds of peace in our relationships.

You Deserve to Stop Suffering

“When Jesus saw him lying there and knew that he had already been there a long time, he said to him, ‘Do you want to be healed?’” John 5:6 (ESV)

I walked into my appointment with my counselor, Jim, wishing I’d canceled. I just didn’t feel up to tackling the topic of forgiveness that day.

So much felt unsettled in my life. Not only were my husband Art and I separated, but there were also layers of complicated realities that prevented us from being able to sit down and process the fallout after his betrayal. I was devastated. Shattered. And so caught off guard that this nightmare was my real life. I couldn’t even open my mouth without a flood of emotion rushing out.

As I sat in Jim’s office, I felt utterly unmotivated to talk and overly motivated to cry.

“Lysa, do you have the desire to heal from this?”

I nodded my head yes. I did want to heal. From the marital devastation. From the shock of all the unpredictable ways people had reacted to what happened.

But how could I possibly start healing when there was no resolution or restitution or reconciliation with Art or others who had hurt me?

I thought those who did wrong things would realize they were wrong. And then surely they would say they were sorry and seek to make things right between us. Then, I would consider forgiveness. And then I could possibly heal.

As Jim kept talking, I started to realize I might never feel like things were fair. Even if the people who hurt me suddenly became repentant and owned all they’d done, that wouldn’t undo what happened. That wouldn’t instantly heal me or make any of this feel right.

And based on their reactions so far, they weren’t going to apologize any time soon.

Therefore, I had to separate my healing from their choices. My ability to heal cannot depend on anyone’s choices but my own.

It reminded me of something I learned during a trip to the Holy Land when my guide taught about the only two healing miracles recorded in the book of John that Jesus performed in Jerusalem. Only two!

The first was a healing at the pool of Bethesda.

In John 5, we read about a lame man who thought he needed the cooperation of other people to help him get to the water when the angels stirred it, according to the superstition believed by many. So, when Jesus came and asked him the question we find in our key verse, “Do you want to be healed?” the man’s response was surprising. He gave Jesus an excuse based on the fact that no one would help him into the water.

Isn’t it amazing that the man was so focused on what others needed to do that he almost missed what Jesus could do?

Without one word about the other people, Jesus instructed him to get up, pick up his mat and walk. The Bible then says, “At once the man was cured …” (John 5:9a, NIV). The healing didn’t involve anyone but the paralyzed man and Jesus.

The other healing miracle is found in John 9 with a blind man. In this story, we find the disciples wanting to know whose actions caused this man’s blindness. Surely someone was at fault. But Jesus blew that assumption apart. He didn’t place blame or shame on anyone. He said this man’s blindness “… happened so that the works of God might be displayed in him” (John 9:3, NIV). Jesus then spat onto the ground, mixed up some mud and rubbed it onto the blind man’s eyes, instructing him to go and wash in the pool of Siloam. Notice that Jesus didn’t make healing contingent on other people doing or owning anything.

Oh, friend, what if we stopped waiting for things to feel right and fair and placed our healing in the hands of Jesus instead?

Our ability to heal cannot depend on others wanting our forgiveness, but only on our willingness to give it.

Our ability to heal also cannot depend on them receiving adequate consequences for their disobedience, but only on our obedience to trust God’s justice whether we ever see it or not. We can trust sin has built-in consequences. We don’t have to see it to know that the other person will eventually have to face what they’ve done. My healing is my choice. And your healing? It’s with the utmost compassion that I say your healing is your choice too.

I know how incredibly hard all of this is. But I’m finding what I learned both in Israel and in my counselor’s office to be true.

We can heal. We can forgive. We can trust God. And none of those beautiful realities can be held hostage by another person.

You deserve to stop suffering because of what other people have done to you, sweet friend. And today’s a good day to let that process start.

“He … prayed, saying, ‘Father, if it is Your will, take this cup away from Me; nevertheless not My will, but Yours, be done’ … He prayed more earnestly. Then His sweat became like great drops of blood.” – Luke 22:41-44 NKJV

How do we prepare for the future? What do we do when the challenges we face seem overwhelming? When we have doubts and questions? When we are confused and not sure? Jesus gave us a powerful example during the night before His crucifixion.

First, He made sure that He knew what the will of the Father was and that He was obeying Him. Jesus was focused on completing the mission He had been given.

We see this focus with His determination to celebrate the Passover. We see Him spending important moments with His disciples, teaching them, and instituting the Lord’s Supper. He was making sure they were prepared for the future. Then, He spent time in prayer, seeking the Father with prayer so intense that “great drops of blood” actually fell to the ground.

As you think about problems you face, consider the example of Jesus. Be sure that you know God’s Word. Be sure you are seeking to obey Him and fulfilling the assignments He has given you. Always seek first His kingdom. Always seek to be faithful with the resources you have been given. Always remember to be a good example to others.

Then, commit any problems or questions to Him. Seek Him in earnest prayer. Be ready to pour out your heart, seeking His wisdom and guidance. Pray with persistence until you have His peace and the burdens have lifted.

I seek you with all my heart; do not let me stray from your commands.
Psalm 119:10
DailyVerses.net