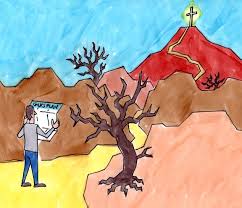 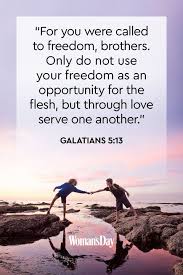 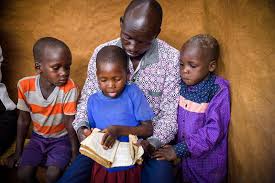 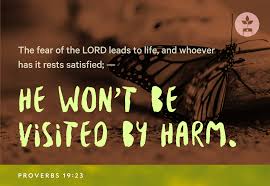 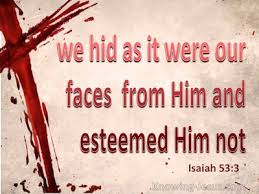 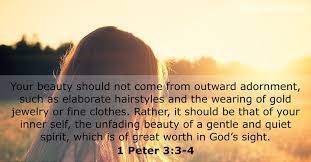 What Determines Your Value?

My daughter would roll her eyes at this statement and say, “No kidding!” Before every speaking event, Melanie insists on approving my outfit. She is afraid to let me leave the house without fashion supervision. “Put on some mascara,” she urges. “Lipstick will make you appear more professional.” I sigh and try to be obedient to her fashion sense, since I have none of my own.

One spring, on a shopping trip with my cousins, we wandered into a chic makeup boutique. Right away I knew I didn’t belong there as I noted the glamorous women browsing the store. But as I tried to stay inconspicuous and peruse the aisles (so as not to embarrass my cousins), a makeup artist swept over. It was like I had a bulls-eye painted on my forehead. She wanted to give me a makeover. I tried to explain that makeup wasn’t really a huge part of my daily routine. A face like mine would be a waste of her time. She insisted.

I felt sorry for her. She seemed so nice and sincere, so desperate to please. So I put myself into her hands. The woman worked wonders. My eyes looked brighter and my face younger. I wrote down every product she used to perform her magic. Then I went shopping.

Please note: previously, the most sophisticated cosmetic purchase I had ever made was at the drugstore. So as I shopped, I didn’t think to look at prices. How expensive could eye shadow be?

If only I knew.

Eventually, I found myself in line with my little basket of purchases, again noticing the beautiful, stylish women now in line all around me. Obviously, if you cared about your appearance, you bought your makeup in this place. I tried to pretend I was a regular customer and nonchalantly stepped up to the counter.

The young beauty behind the counter rang up my purchases. “Good news,” she enthused. “You have spent over $150! That entitles you to a special gift!” One hundred fifty dollars? For blush and powder? I almost passed out.

Excruciatingly aware of the beautiful people surrounding me in line, I gulped and handed over my credit card, trying to look casual, as if this was a routine purchase for a diva like me. My hand shook as I signed the credit slip. I thought I might possibly throw up, right there in front of a bunch of supermodels. How would I explain this to my husband? How good can makeup really be?

My cousins and I left the store together. I was still shaken. “I j-just spent $150 on eye shadow,” I stammered. “Those people think a lot of their makeup.”

My sister patted my hand. “And you paid their price,” she reminded me. “Apparently, so do you.”

In the real estate market, a home’s value is pretty much determined by what someone is willing to pay for it. Similarly, the signature on my credit card slip indicated this makeup was indeed worth $150. At least to me. Apparently.

We can say the same for our own worth, according to Scripture. Our value has been determined by the price God was willing to pay.

Our value to God is unfathomable. He proved it by shelling out an exorbitant, unimaginable price: the life of His only Son.

This middle-aged woman, and you, my friend, are absolutely priceless to God.

Toys into Tools
by Shawn McEvoy

With the start of football season this month, I’ve heard the phrase, “to whom much is given, much is required” used a lot… and that’s a good thing. A great thing. Athletes, profiled on sports shows, have been given chances to explain how they are using their celebrity and money to help mankind, or even spread the gospel.

One prominent football player was interviewed about wanting to use what he’s been given as a platform to further the Kingdom of God. His goals were reminiscent of the parable Jesus told about the difference between faithful and unfaithful servants, stewards of the kingdom. Faithful servants are to be about their master’s will, not doing their own thing, not squandering what they’ve been given. They realize how much they’ve been granted, and understand there are punishments awaiting those who knowingly disobey (and even for those – albeit less severely – who unknowingly disobey. Seem harsh?).

I enjoy verses like our main verse today, where a concept is repeated synonymously for effect. The Bible‘s wisdom literature is ripe with this structure, and Jesus makes use of it here. The phrase “Everyone who has been given much” is echoed by “the one who has been entrusted with much,” and “much will be demanded” becomes synonymous with “much more will be asked.” It drives the point home.

We often hear the first part of this verse quoted, and it works fine by itself: “To whom much is given, much is required.” That concept even works well in the secular world, so much so that non-Christians quote it, perhaps without even knowing it’s biblical in origin, and superhero movies use it as a thematic element.

But this week, after seeing and reading those profiles of Christian athletes, I re-read the verse in its entirety, and it opened up a new level of meaning for me.

Generally, when I think of things I’ve been “given,” or “gifts,” I tend to think of presents, possessions… toys, even. Things that are mine. Things I can hoard, break, forget about, get tired of, use for personal gain, waste, sell, or lose. Some things we are “given” include salvation, spiritual gifts, genetic gifts, talents, financial blessing, testimonies, family, forgiveness, love, and more.

Now, does your perspective shift at all if you think of those things not merely as “things given,” but as “things you are entrusted with”?

For me, the ante gets upped. There’s a new level of seriousness. The steward who has faith must, by definition, be faithful.

My toys, as I grow up, must become my tools – the things the Master has given that He expects will be used to build and further His Kingdom.

Just as it is appointed for man to die once, and after that comes judgment, so Christ, having been offered once to bear the sins of many, will appear a second time, not to deal with sin but to save those who are eagerly waiting for him. (Hebrews 9:27–28)

The infant cries of Bethlehem sounded like any other child’s, and yet the armies of darkness quivered before them. The day he was laid in the manger was the day the sun finally began to rise for our salvation — “the radiance of the glory of God and the exact imprint of his nature” in a body, from a womb, on a great and glorious day (Hebrews 1:3).

Then the glory of his birth was outdone on the day, thirty years later, when he laid that life down. It was a dark, horrible, frightening day — an innocent man arrested without cause, condemned without evidence, executed without justice, in the most excruciating and humiliating way possible. And yet it was glorious.

“The day Jesus was laid in the manger was the day the sun finally began to rise for our salvation.”

Those who saw the cross that day may have thought they watched Jesus crumble, defeated and conquered, before his enemies. He was crucified, but not defeated; killed, but not conquered; struck down, but not destroyed. Far from waving the flag of surrender, his death subdued Satan and all his soldiers, forcing them to serve the story of our salvation.

“No one takes [my life] from me,” Jesus said, “but I lay it down of my own accord” (John 10:18). That is the glory of Good Friday. For the sheep he loved, the Good Shepherd laid his life down — where he wanted, when he wanted, how he wanted. He chose weakness. He chose suffering. He chose the cross. For us.

While Jesus lay in the tomb, the world lay silent. But then, on the third day, morning came — an even more glorious day. After Jesus breathed his last breath, tasting death firsthand, and staying dead all day Saturday, he put death itself to death by rising from the grave.

The cross was not the defeat it had seemed to be. Rather it was a defiant, emphatic, all-powerful victory. “No one takes [my life] from me. . . . I have authority to lay it down, and I have authority to take it up again” (John 10:18). Death could not hold him; the grave could not keep him. Of all the glories the world has ever displayed, none compares with the carpenter from Nazareth shedding death like a robe and walking out of the grave.

Having defeated death itself, he defeated death for us, saying, “I am the resurrection and the life. Whoever believes in me, though he die, yet shall he live, and everyone who lives and believes in me shall never die” (John 11:25–26). Resurrection Sunday is still, today, the most glorious day in history. But it will not always be so.

The day Jesus rose, he planted an invincible, unshakable flag of hope over the grave. How could anything ever surpass his victory? Only he could author a more glorious day, and he has, a day that is coming soon. “The trumpet will sound, and the dead will be raised imperishable, and we shall be changed” (1 Corinthians 15:52). Death was defeated when the stone was rolled away, though it still harasses and plagues the earth — for now. But when Christ returns, we will sing,

No day will be like the day Jesus returns to gather his people: to finish what he started, to put an end to sin, to bring us finally home.

“Jesus chose weakness. He chose suffering. He chose the cross. For us.”

Two thousand years may have dampened or dulled our anticipation for that day, making us wonder if he really will come. But he will come. And he will come for those who are eagerly waiting for him. “Just as it is appointed for man to die once, and after that comes judgment, so Christ, having been offered once to bear the sins of many, will appear a second time, not to deal with sin but to save those who are eagerly waiting for him” (Hebrews 9:27–28).

Has the eagerness slowly dissolved out of your waiting for him? Meditate, again, on just how glorious that great day will be.

My soul yearns for you in the night; in the morning my spirit longs for you. When your judgments come upon the earth, the people of the world learn righteousness.
Isaiah 26:9
DailyVerses.net

Defend the weak and the fatherless; uphold the cause of the poor and the oppressed.
Psalm 82:3
DailyVerses.net