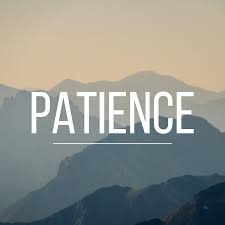 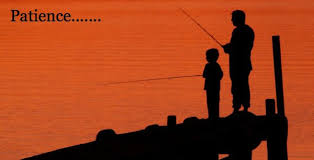 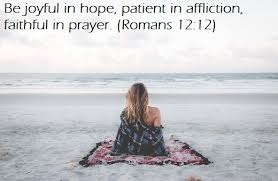 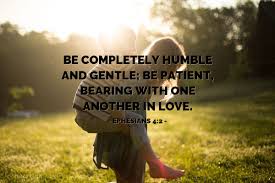 Got Time for Patience?

I sat there, reading my Bible, and tried to still my jumpy legs. The day ahead filled my thoughts and I hurriedly read. I peeked forward to see how long the chapter was. I have 35 more verses? Ugh. I have so much to do, and I have to read another chapter after this. My morning devotions come first thing (after I have made a cup of tea and peeled a banana). I read through the Bible each year and on the morning I read Exodus 31-33, I rushed to finish. I had to hit the treadmill, do laundry, run to the store, meet my accountability partner for lunch, figure out what to have for dinner and get all the ingredients, and then cook it. On and on my plans went.

In the chapters I read, the account of the grumbling Israelites at Mt. Sinai convicted me.

“When the people saw that Moses delayed to come down from the mountain, the people gathered themselves together to Aaron and said to him, ‘”Up, make us gods who shall go before us. As for this Moses, the man who brought us up out of the land of Egypt, we do not know what has become of him.”‘ (Exodus 32:1 ESV)

Then it hit me, the impatience of the people at Mt. Sinai was mine. I too sat before the Lord grumbling and stiff-necked. My daily idol of checking things off my list spoiled my precious time with Him. At that realization, I paused to confess my sin and ask the Lord’s forgiveness for my hurried attitude. And I asked Him to open my eyes to all that He wanted to tell me and teach me through His Word.

It does no good to be impatient with God. Every time we try to hurry His actions or our reactions, we chase after other gods, other idols to make ourselves feel better about who we are. So, even knowing what we know about God, sometimes we remain stiff-necked, just as the Israelites were during their days in the wilderness. Yet the Lord answered the entreaties of their intercessor, Moses, and did not blot all of them out. He preserved some. His glory and promises shown, even through their sin of unfaithfulness.

That morning, I made myself slow down and look carefully at how the Lord exposed the great sin of the Israelites. The people supposed that Moses had forgotten them, and that his delay was cause for them to create their own idols to worship. They knew he was with the Lord on the mountain, but they wanted Moses, their visible leader, and they wanted him immediately. Did they so soon forget what God had done? Had they made Moses their idol?

God rescued them from their Egyptian yoke of slavery, and after only three months in the wilderness (safe from their oppressors), they had already groused to Moses about leaving Egypt and its resources (“We remember the fish we ate in Egypt that cost nothing, the cucumbers, the melons, the leeks, the onions, and the garlic.” Numbers 11:5 ESV). God had just given them His commandments in precise detail and promised them their future conquest over Canaan, the Promised Land. They did not know or come to understand their test of faithfulness. They did not know that their time of wandering would be 40 years—40 years of impatient grumbling.

Thank God Moses interceded for them, although not all of them were saved. Actually, all who left Egypt 20-years-old and upward, except Joshua and Caleb, perished before reaching the Promised Land. Joshua and Caleb showed faith in the Lord and trusted His promises to lead them in overtaking the inhabitants of the land they were to inhabit. God rewarded Joshua and Caleb’s patient faithfulness, but as for the faithless remainder, He “let their carcasses fall in the wilderness” (Numbers 14:32).

As I reread those passages, I thanked God for slowing my pace. He gave me the opportunity to reflect and learn. If Joshua and Caleb gained such a reward for their patience during the time of Israel’s 40-year test in the wilderness, how could 40 minutes of reading not benefit me?

The Work You Can Do While You Wait

Waiting is one of God’s favorite tools to get our attention. In some ways, the Bible’s title could be The Great Wait. The cast of characters could be the Great Waiters. (But that sounds a little like a dinner theater.)

Noah waited for the rain. Daniel waited through the night with a den full of lions. David waited in the cave. Abraham and Sarah waited 25 years for the arrival of their promised son, Isaac, after waiting an entire lifetime to even get the promise in the first place.

And on it goes. Joseph waited 13 years in prison for a crime he didn’t commit. Moses waited 40 years to be called by God. Paul waited in prison. And even Jesus waited 30 years to begin His ministry, though He was well equipped long before. If God asked even Jesus to wait, why do I think He would speed up my process?

Here’s what I love most about the Great Waiters of the Bible: They were flawed, with the exception of Jesus. They were people just like you and me, trying to please God but often falling short. I mean, some of them got it. But … most of them didn’t, which comforts me, since I usually don’t get it either. The Great Waiters were no better at waiting than I am. Let’s not kid ourselves: Waiting is a universal weakness.

What do the Bible stories of the Great Waiters show me about waiting? What did they do while they waited?

While Noah waited for the rain, he got busy with what he had: a lot of wood and some specific measurements. As Daniel waited, he remained faithful in prayer and firm in his convictions.

While Joseph waited in prison, he didn’t waste his energy on the question, “Why?” (Though I imagine he asked that word, he didn’t let it drain him with dead-ends and non-answers.) Instead, we sense he focused his sights on answering, “What should I do now?” He did his best with each small task given to him, and he stayed close to God. As his situation began to turn around, he was ready for every opportunity because he had not wasted his time.

Likewise, Job, David, Paul and even Jesus waited patiently and began the ministry God called each of them to do, caring for the people around them.

Here’s what I see in all of those stories: There is always work to be done while we’re waiting.

Sometimes the work is hands-on and physical, and other times it’s a solitary journey of soul-searching. Sometimes the work is a discipline of noticing, a practice of being alert and aware; sometimes it’s about being patient, loving and present. But when we choose to surrender to the moment, when we seek to believe this moment is part of a larger story, and when we embrace the ache of the longing, the wait is never wasted.

The Lord enters the journey of those who wait. May we continue to trust Him as He reveals Himself along the way.

“O wretched man that I am! Who shall deliver me from the body of this death? I thank God through Jesus Christ our Lord.” Romans 7:24,25

It is Paul the apostle, who was not less than the very greatest of the apostles—it is Paul, the mighty servant of God, a very prince in Israel, one of the King’s mighty men—it is Paul, the saint and the apostle, who here exclaims, “O wretched man that I am!” Now, humble Christians are often the dupes of a very foolish error. They look up to certain advanced saints and able ministers, and they say, “Surely, such men as these do not suffer as I do; they do not contend with the same evil passions as those which vex and trouble me.” Ah! if they knew the hearts of those men, if they could read their inward conflicts, they would soon discover that the nearer a man lives to God, the more intensely has he to mourn over his own evil heart, and the more his Master honours him in his service, the more also does the evil of the flesh vex and tease him day by day. Perhaps, this error is more natural, as it is certainly more common, with regard to apostolic saints. We have been in the habit of saying, Saint Paul, and Saint John, as if they were more saints than any other of the children of God. They are all saints whom God has called by his grace, and sanctified by his Spirit; but somehow we very foolishly put the apostles and the early saints into another list, and do not venture to look on them as common mortals. We look upon them as some extraordinary beings, who could not be men of like passions with ourselves. We are told in Scripture that our Saviour was “tempted in all points like as we are;” and yet we fall into the serious error of imagining that the apostles, who were far inferior to the Lord Jesus, escaped these temptations, and were ignorant of these conflicts.

For meditation: Are there Christians—missionaries perhaps—to whom you look up in the wrong way? These deserve your respect, but they need your prayers, not your pedestals. They surely feel their own weakness and very probably look up to their own Christian heroes! The apostles knew their own and one another’s weaknesses and pointed away from themselves to their God (Acts 14:15).

Streams in the Desert – January 23

God is “a very present help in trouble.” But He permits trouble to pursue us, as though He were indifferent to its overwhelming pressure, that we may be brought to the end of ourselves, and led to discover the treasure of darkness, the unmeasurable gains of tribulation.

We may be sure that He who permits the suffering is with us in it. It may be that we shall see Him only when the trial is passing; but we must dare to believe that He never leaves the crucible. Our eyes are holden; and we cannot behold Him whom our soul loveth. It is dark–the bandages blind us so that we cannot see the form of our High Priest; but He is there, deeply touched. Let us not rely on feeling, but on faith in His unswerving fidelity; and though we see Him not, let us talk to Him. Directly we begin to speak to Jesus, as being literally present, though His presence is veiled, there comes an answering voice which shows that He is in the shadow, keeping watch upon His own. Your Father is as near when you journey through the dark tunnel as when under the open heaven!
–Daily Devotional Commentary

I delight greatly in the Lord; my soul rejoices in my God. For he has clothed me with garments of salvation and arrayed me in a robe of his righteousness, as a bridegroom adorns his head like a priest, and as a bride adorns herself with her jewels.
Isaiah 61:10
DailyVerses.net