We Work Best When We Work Together 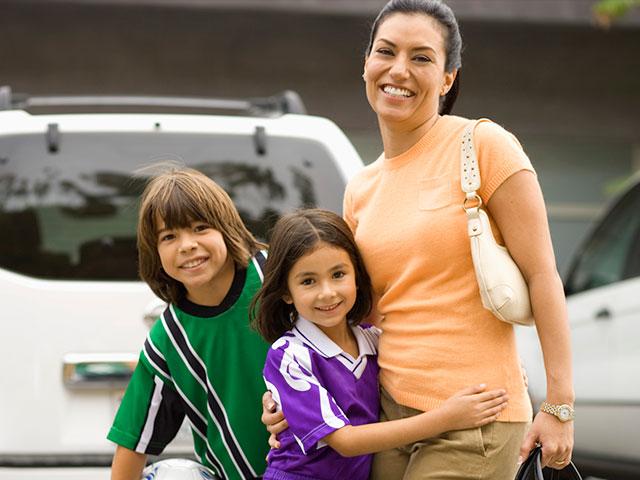 Casey Stengel made a comment about the challenge of managing a professional baseball team. His observation applies to life in general. He said, “It’s easy to get good players. Getting’ em to play together, that’s the hard part.”

Each of us faces that issue. How do I blend my abilities and talents with those of other people? How do I cooperate with others so we can reach our goal? That question applies to business, to family life and certainly to our walk with God.

Pride and selfishness hinder a team from being successful. Jesus instructed everyone, even leaders, to lay aside pride and live to serve others. The Apostle Paul understood the value of working effectively with others. He emphasized teamwork because he knew that we could only reach our goals through mutual effort.

In his letter to the Philippian church, he passed on advice about successful living:

“Do nothing out of selfish ambition or vain conceit, but in humility consider others better than yourselves. Each of you should look not only to your own interests, but also to the interests of others” (Philippians 2:3-4).

Paul pointedly addressed a destructive attitude—selfishness. Focus on ourselves and our own interests at the expense of others will ultimately leave any of us isolated and ineffective.

When Paul wrote the Philippians, he mentioned selfish ambition. It is the translation of one Greek word. It meant self-seeking that focuses on the question, “What’s in it for me?” That word was commonly used to describe the political world of that day.

Paul’s additional challenge to consider others better than yourselves wars against selfishness. That advice goes against our fallen human nature. We live in a highly competitive world. We know that winners are rewarded. No one wants to be a loser.

Jesus wants His disciples to model unselfishness. During the 1964 Olympics, in the two-man bobsled competition, a British team driven by Tony Nash had just completed its first run and was in second place. Then they made a most disheartening discovery. They had broken a bolt on the rear axle of their sled, which would put them out of the competition.

The great Italian bobsled driver Eugenio Monti, who was in first place, heard of their plight. He removed the bolt from the rear axle of his own sled and sent it to them. The British team placed it on their sled and then raced down the mountain, winning the gold medal. Monti’s Italian team took the bronze medal for finishing in third place.

When asked about his act of sportsmanship, Eugenio Monti modestly replied, “Tony Nash did not win because I gave him a bolt. Tony Nash won because he was the best driver.”

Because of his unselfishness, Monti was given the first De Coubertin Medal for sportsmanship. The award, named after the founder of the modern Olympics, is one of the highest honors an Olympian can receive.

God honors unselfishness. It is the only attitude that will make us winners in the end. As Casey Stengel demonstrated with the New York Yankees, championships are won when individuals play together. It works for church and, what’s more, it works in everyday life. It will work for any of us.

Let the peace of Christ rule in your hearts. — Colossians 3:15

Organized sports need referees and umpires. These unbiased officials make decisions on plays, fouls, and other points of order to keep games fair and entertaining. We might not always agree with the calls they make, but things could get chaotic without them.

Paul says, “Let the peace of Christ rule in your hearts.” The word for “rule” here literally means “to act like an umpire.” In this way we can see that the peace of Christ, a result of working things out through God’s wisdom and love, is our reliable guide for decision making and daily living. With the peace of Christ as our guide and goal, we can follow God’s way of goodness, righteousness, and justice for all.

But we often mess things up. The peace of Christ is not always present in our marriages, families, churches, workplaces, and neighborhoods. We often act in line with our old sinful nature instead of seeking God’s wisdom and his peace.

People sometimes think of peace as the absence of war. But it’s far more—it’s about the way things are supposed to be. Having peace in our lives means living into all that Jesus represents, keeping in step with the Spirit of God who has come to live in us (see Galatians 5:22-26).

In our worship today, may the peace of Christ fill our hearts as we sing psalms, hymns, and spiritual songs. And may we live by his wisdom and real peace in all our relationships.

Lord Jesus, teach us the peace of full life that you came to bring into the world. Amen.

Truly I say to you, whoever says to this mountain, “Be taken up and cast into the sea,” and does not doubt in his heart, but believes that what he says is going to happen, it will be granted him. – Mark 11:23 NASB

“Why do I see so little fruit from my ministry?” “Why are members of my church so little helped by my ministry?” These were some of the questions pastors asked Reuben Archer Torrey. His answer? “Neglect of prayer.” He reminded them, “You do not have because you do not ask” (James 4:2).

Often working in close harmony with Dwight L. Moody, Torrey had seen many miracles and conversions. Born in 1856, he held many crusades around the world before being called to lead what is now Moody Bible Institute.

Torrey observed that many Christians “do not believe in prayer as bringing anything to pass that would not have come to pass even if they had not prayed.” Yes, they pray, but deep down, they don’t really believe that prayer changes things or that their prayers can move mountains.

Commit yourself to prayer. Seek God for yourself, for your family, for your country, and for the world.

All thy waves and thy billows are gone over me (Psalms 42:7).

Stand up in the place where the dear Lord has put you, and there do your best. God gives us trial tests. He puts life before us as an antagonist face to face. Out of the buffeting of a serious conflict we are expected to grow strong. The tree that grows where tempests toss its boughs and bend its trunk often almost to breaking, is often more firmly rooted than the tree than the tree which grows in the sequestered valley where no storm ever brings stress or strain.

The same is true of life. The grandest character is grown in hardship.
–Selected

I establish my covenant with you: Never again will all life be destroyed by the waters of a flood; never again will there be a flood to destroy the earth.
Genesis 9:11
DailyVerses.net

And so we know and rely on the love God has for us. God is love. Whoever lives in love lives in God, and God in them.
1 John 4:16
DailyVerses.net